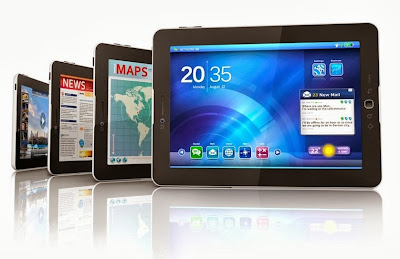 Android tablets may seem to dominate the global market but they aren’t the only ones out there. Nowadays, Apple, Blackberry, Acer, Dell, Asus, and Lenovo computer tablets come installed with different OS. But what makes a tablet the best? Is it just the OS or performance or sleek design? Or everything mixed in right proportion to create the best? Apple made it to the news for its elegant and classy design and that in turn gave birth to the futuristic concept of ergonomics. Nokia was probably the only company that had unique designs far more futuristic than any, if you remember their 80s and 90s mobile models. Some were even beyond weird. But that aside, let us discuss the best selling tablets in the Indian market.

Google is a search engine, as we all know. They introduced their flagship Nexus back in 2009. Nexus devices garnered the attention of a lot of people. After all those years, Google still attracts that kind of attention for economical yet exclusive, beautiful and fast smartphones and tablets. Nexus 7 was one of the best selling tablets in India and gained a lot of positive reviews for offering a lot at a budget price. Asus manufactured the tablet that comes with a 7-inch IPS LCD display screen with 1280*800 resolution at 216ppi. Powering it is Nvidia Tegra chipset with quad-core Cortex-A-9 at 1.3GHz CPU, Nvidia GeForce twelve-core at 416Mhz GPU and 1GB RAM. Internal storage comes with 16GB or 32GB capacity and support for external storage up to 32GB. Making it run is a Li-Ion 4325mAh battery that lasts for 9.5 hours. You can connect via Wi-Fi, NFC, Bluetooth or USB. Best part? It comes with the latest Jelly Bean OS.

Apple has been in the spotlight for years now for their smartphones and tablets. You may find it hard to believe but they have been around in this market only since 2007. So, what made them so famous? If I have to say, they offered a different kind of a smartphone design with a technology that has never been integrated before – multi-touch. In the early 2000s, we had the first modern multi-touch device made by Mitsubishi and in the late 2000s Apple introduced to the world its first touch smartphone overshadowing Microsoft’s PixelSense and CUBIT. What does iPad offer that makes it one of the best selling computer tablets in India? It comes with a 9.7-inches IPS LED display with 2048*1536p resolution at 264ppi. Now, that is some display. The processor is a 1.4GHz dual-core A6X CPU, quad-core PowerVR GPU and 1GB RAM. We also get a 1.2MP front camera with 720p HD video recording and 5MP rear camera with 1080p HD video recording and other camera features. This one comes with internal storage options from 16GB, 32GB, 64GB and 128GB. The battery is a huge 11,5660mAh giving at least 10 hours of web browsing and watching videos. You can connect via Bluetooth, USB, and Wi-Fi or choose the one that supports 2G and 3G. We also get the latest iOS6 with this device.

Undeniably, Samsung’s Tab 10.1 is one of the best selling tablets since it offers a lot of features to a variety of customers. The latest tablet comes with upgraded hardware and software now. This computer tablet is a 10.1-inches LCD display with 1280*800p resolution at 149ppi. It has a quad-core ARM Cortex A-9 CPU and 2GB RAM. Internal storage options are from 16GB up to 64 GB and this tablet also supports external storage capacity up to 64GB. The front camera is 1.9MP with 720p HD video recording and rear camera is 5MP with 1080p video recording. Power is at 7,000mAh that gives a good enough web browsing and video playback time. Though it comes with Android 4.0.4, it is upgradeable to Android 4.1 The connectivity options are Wi-Fi, Bluetooth, USB, and optional 3G.

Asus has long joined Google, Samsung, Apple, Microsoft, Lenovo, and Dell to become a part of this ever-growing smartphone industry. Known for their Notebooks and PCs, their advent in the smartphone and tablet market is not inconspicuous to us at all. In fact, they have manufactured devices with Android and Windows pre-installed. But this one, EEE Transformer Pad, was released 2 years back with Android OS pre-installed and has become one of the best selling tablets due to its amazing and premium design, detachable screen and IPS display. This tablet comes with a 10.1-inches IPS display screen with 1280*800p resolution at 149ppi. Nvidia Tegra powers the 1GHz dual-core CPU and 1GB RAM. Internal storage comes with 16GB or 32GB and unlimited Asus Web storage for a year. We also get a 1.2MP front camera and 5MP rear camera with high quality stereo speakers. The 24.4Wh Li-Ion battery gives 10 hours of playback time and 16 hours with dock. Since it is an older release, it comes with Android 4.0 and there is no news of future updates.

Blackberry is making a comeback with their products and even with the intensity of increasing competition brought to us their PlayBook tablet a couple of years back. The initial sale response was very lukewarm as there were others in the market that offered more at the price PlayBook was priced at. It was after the reduction in price that the sales increased marginally but they still have very low market share since most of it is dominated by the likes of Apple, Google and Microsoft. But that didn’t deter Blackberry so let us see what makes this tablet stick around in the market. This one comes with a 7-inches LCD WSVGA display screen of 1024*600p resolution at 169ppi. The processor is a dual-core 1GHz Cortex A-9 CPU, PowerVR GPU and 1GB RAM. It comes with 32GB internal storage and no external storage. We also get a 4,800maH battery that is kind of average battery life. But this tablet has Blackberry’s OS installed and offers good number of applications if not equal to Android or iOS.

Rohit Reddy is the editor of GadgetResearch. He is a gadget and technology enthusiast and loves blogging about them. In his free time he likes to follow the latest tech news and share it with his friends.