Everyone Is At Risk For Cyberattack

Home Security Tips Everyone Is At Risk For Cyberattack
Security Tips, tips
October 21, 2013February 5, 2023By Arun
0 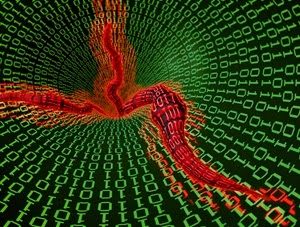 Homeland Security declared that October is National Cyber Security Month, which has inspired hackers across the globe to increase their nefarious efforts against secure accounts. According to Fox News, the initiation of this annual event – which is to spread awareness about the risks of surfing the Internet and how one person’s computer can infect many more – has potentially compromised more users because of an underlying insinuation that the criminals who inspired this federal action felt baited.

According to the source, AVG and Avira, popular anti-virus software providers, were the victims of major cyberattacks. Although no end-users of these companies were affected by the hack, security expert Graham Cluley told the source that it is embarrassing for major security providers to be compromised in this way.

According to the Lane Report, individuals should be aware of the risks they’re taking by simply browsing the Internet. In addition to security applications, such as password management software, an awareness of the risk can help prepare users for the harsh realities of cyber crime.

Everyone from casual Internet browsers to major corporations are at risk, as the above example Fox News example suggests. The source reported that hackers have developed new methods of producing income because of how simple it has become to acquire sensitive data, such as passwords and online authentication accounts. Additionally, it is becoming easier for the everyday person to turn to a life of cyber crime.

“If you can read, you can be a hacker, because you can pay money and they give you the instructions on how to run these hacking tools,” David Montgomery, senior account manager for SDGblue, told the source.

According to the Lane Report, organized hacking has become a rising concern among businesses. Recently in New York, $45 million was stolen from automated teller machines by thieves who managed to acquire the personal passcodes of bank members.

Individuals should consider how their assets are stored online. As the risk for cyberattack is becoming more widespread with the advent of new mobile technologies, such as smartphones and tablets, it is important for Internet users to focus on how they’re protecting themselves.