How Consumers Can Minimize Identity Theft 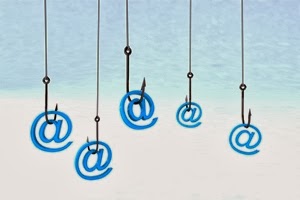 The Internet is a popular channel for identity thieves looking for easy opportunities to take advantage of unsuspecting victims. People with ineffective online security measures may quickly find themselves in a situation millions experience annually. One of the most critical safeguards in keeping personal information out of the hands of malicious parties is the use of consumer passwords. Sadly, however, many employ vulnerable credentials, making it easy for identity theft to occur unimpeded.

Forbes contributor Liz Davidson recently highlighted ways in which consumers can protect themselves from becoming victims of identity theft. Anyone with online accounts must use strong passwords for these channels. The writer encouraged people to avoid having identical phrases for all of these accounts and employ security questions that cannot be answered by looking at public forums like Facebook.

According to Davidson, phishing attacks are all too common, whether they occur through emails or phone calls. Malicious parties ask victims for passwords, Social Security details and account numbers through these channels.

Electronic devices also demand effective password security. Davidson noted that all consumer PCs and smartphones should be secured with such credentials. These products should also have firewalls, antivirus and spam-filtering solutions installed to defend against sophisticated attacks.

Given the dangers associated with identity theft, people must realize that ineffective passwords are no longer an option if they want to protect personal information. Rather than fret over remembering dozens of unique credentials for all of their online accounts, consumers can receive the protection they desire through innovative tools like a password manager. These solutions generate complex passwords that are difficult for cybercriminals to crack. Also, password managers always update user credentials, ensuring that safeguards are never stagnant.

2012 was significant year for identity theft
In 2012, many Americans fell prey to identity thieves, who were immensely successful in taking advantage of unsuspecting victims. A Javelin Strategy & Research report said that nearly 13 million Americans suffered from such incidents last year, increasing more than 1 million from previous studies.

The research firm also said that identity thieves cost victims more than $21 billion in 2012, the highest mark since 2009. Jim Van Dyke, CEO of Javelin, said last year was a success for criminals, causing consumers and organizations to band together.

“Consumers and institutions are now starting to act as partners – detecting and stopping fraud faster than ever before,” Van Dyke said. “But fraudsters are acting quicker than ever before and victimizing more consumers. Consumers must take data breach notifications more seriously and maintain vigilance to safeguard personal information, especially Social Security numbers.”

As Davidson suggested, Javelin encouraged people to maintain updated software on their PCs and mobile devices to protect against potential theft. The research firm also explained that consumers should shred documents containing sensitive information, employ direct deposit for payroll checks and only connect to WiFi networks that are well known and trusted. Identity thieves can prey upon people in so many ways that it can be difficult for consumers to avoid becoming victims. However, there are several tips they can follow to safeguard personal and sensitive data from being obtained by malicious parties. As industry professionals and research have shown, passwords cannot be neglected, regardless of device used or account accessed. A password manager is an effective solution to help users improve their online security wherever they access the Internet.