The Best Zombie Games of All Time 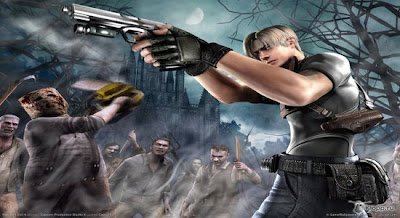 Playing games online is really exciting and fun especially when you just sit comfortably at home and open your computer. Over the years, there are various games that come and go. Among the different kinds of games, those involving zombies have always been considered as the top favorites.

Although no zombies exist in real life, the challenge of killing these zombies and the excitement that these characters bring to any game can really make you feel as if you are the hero. No wonder there are many avid gamers who are fond of playing zombie games.

Some of the best zombie games of all time include the following:

This game has drawn so much attention that it was adapted for a film. Resident 4 is quite popular because of the intense action it provides to its gamers. When you play Resident Evil 4, you need to have surviving skills. The game plot is created with a blend of horror, action and a good story. Apart from that, you also get to use certain weapons to kill zombies and to finish your mission.

Another widely popular zombie game is the Left 4 Dead. Just like other games of this kind, you need to kill zombies. The only difference is that in Left 4 Dead, you are presented with scary and terrifying scenarios like those of horror movies. Because of this, many gamers dub this game as one of their top favorites.

There are a lot of zombie games that are now made accessible to gamers. But among the consistent favorites is the Zombies Ate My Neighbors. Compare to other zombie games, this particular game allows you to have a variety of unique set of weapons and strategies in order to kill horror villains. The game is very easy to play but it has the entire zombie and horror elements that you need to play the game with such intensity and action.

When the game was finally launched in 2006, it became consistently popular. With Dead Rising, you are horded with a lot of zombies that you might end up panicking as if you are real life zombies are ganging up in front of you. With its rich graphics, unique story plot and real life zombie encounters, you will definitely enjoy Dead Rising.

These games are but creations of humans’ imagination. Although zombies do not exist, many people are still interested to have this kind of game. In fact, even in movies zombies are still popular. With the development in gaming technology, there are still a lot of upcoming zombie games that would compete with this list of top zombie games of all time.

This article was written by Artchee Mendoza exclusively for this site. Artchee also writes for www.freegamesinc.com, where you can play free online zombie games.