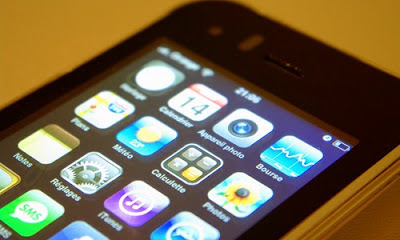 The spinning rumors about the 2013 iPhone has become very common today, many sites also expresses their own opinion some of them says that it could “iPhone 5S” and others “iPhone 6”. In this article we’re going to make our own assumptions as well that Apple will launch the revived iPhone 5S this year and releases renovated iPhone 6 in the next year.

Certainly this iPhone 6 will be featured the much projected fingerprint scanner as a next-gen security measure, apparent as a set off to the final publicity of iWallet. But the most intriguing is that one fanatical tech analyst stated that they will release the fingerprint scanner.

Ming-Chi Kuo tech analyst from KGI Securities, who has gaining good track record by predicting Product Plans of Apple issuing a new research statement outlining his Apple’s 2013 products expectations. As what Kuo expected Apple will launch the revamped iPhone 5 together with iPhone 5S in June or July of 2013, appearing very parallel to the iPhone 5, iPhone 5S carrying a number of updates that includes the A7 system-on-a-chip to make the performance of the phone better, camera upgrading that features smart LED flash and f2.0 aperture and fingerprint sensor.

As what was reported and first published by MacRumors that iPhone 6 will also features fingerprint detection? Indeed Apple is planning to install fingerprint sensor hardware on their next iPhone, most probably it was incorporated with a home button, and in order their phones make a difference from the growing competition.

And almost certainly, the fingerprint scanner would be joined with iWallet. However, if we based on the current reports and rumors there is no clear evidence that iWallet is forthcoming. In the end, it won’t be hard for us to notice that it’s approaching. If we are going to lessen the imaginative kernel of this rumor down to the critical talking points, it almost certainly the break down should be like this – Kuo assumed that, no matter what Apple product will be releases this year in the way of iPhone, it’s going to be just a renovated version.

Talking about fingerprint scanning or iWallet, I believe these technologies are still an attribute of 2014’s iPhone6.

Irina Webandyou is a tech/seo writer and professional blogger. She likes to cover tech and seo news through online exposures She runs her own website: Guest Posting Service.